Amberen vs Estroven – which can give you better relief from menopause symptoms, including hot flashes, mood swings & irritability, low energy, and weight gain?

Although there are different variations of Amberen and Estroven available, they are essentially marketed to do the same thing – make you feel better and look great.

Amberen contains 60 capsules per bottle and comes with a dose of 2 capsules per day. Estroven, on the other hand, has 28 caplets and you’re meant to take 1 caplet daily.

In the sections below, you’ll see us analyze Amberen and Estroven ingredient profiles, to see if they can do what they claim and which is the better value for money.

Amberen vs Estroven – How do They Work?

Amberen is a clinically tested supplement. Although it contains a few synthetic ingredients, Amberen is 100% estrogen-free, and also free of soy, stimulants, harmful chemicals, hormones or additives. It’s designed to support your body as you enter menopause.

If you check its official website, you’ll see that Amberen comes in two different versions: Menopause Relief and Perimenopause relief.

Both perimenopause and menopause come with similar symptoms, so don’t worry about which version of Amberen to pick – they’re essentially designed to do the same thing.

So how exactly does Amberen work? The answer: it’s designed to support your endocrine system.

Your endocrine glands include adrenals, hypothalamus, thyroid, the ovaries and others. These are crucial for your physical and mental well-being.

For example, adrenals produce hormones like adrenaline and noradrenaline, while thyroid produces hormones like T3 that regulate your metabolism and body weight.

When menopause comes, your endocrine system goes through a massive change which can bring about physical and emotional symptoms like increased stress, brittle bones, and sudden weight gain.

This is where Amberen comes in. According to the manufacturers, it brings your hormones back into balance, and by extension, helps to relieve a number of menopause symptoms:

Sounds good, but does it really work. After giving you a quick overview of Estroven, we’ll move on to their ingredient profiles to see what the science says about them – do they work or are these just false promises?

Estroven is marketed as a “complete multi-symptom menopause relief.”

It’s a 100% plant-based, hormone-free formula. Which means it’s completely natural. This is an advantage over Amberen which has a few synthetic ingredients (MSG, Ammonium Succinate).

Estroven’s ingredients are said to help:

But which one is better at doing its job? Let’s find out by checking the ingredients!

Unlike Amberen which contains 7 ingredients, Estroven only has 1 ingredient.

However, Amberen contains some synthetics while Estroven is 100% natural.

Neither one is perfect!

Rarely can a single ingredient do enough on its own. Typically, the best female vitality supplements use natural ingredients that target female health from multiple angles – including optimizing hormones, reducing inflammation, and supporting mood-boosting brain chemicals like dopamine.

So, in that regard, Amberen has the advantage since it has more ingredients – even though it’s not completely natural.

So let’s go ahead and break down each ingredient formula to finally see which is better at relieving your menopause symptoms.

Glycine is good for liver health and sleep. Calcium and Ammonium Succinate may aid joint health and relieve aches. Magnesium and zinc are good for your hormones. The rest of the formula doesn’t look too convincing!

But here’s the biggest issue with Amberen…

The combined dose of these ingredients is 400mg. We don’t know the individual dose of each ingredient as they’re hidden within a proprietary blend.

This is no bueno!

Proprietary blends are a huge red flag in supplements. They hide vital ingredient facts, preventing us from assessing the dose for safety and effectiveness.

For all we know, there could be only 5mg of magnesium in Amberen. Obviously, such a low dose wouldn’t have any effect on your symptoms!

The same goes for zinc, which is essential for your hormones and endocrine system. 1 billion people worldwide are zinc deficient which comes with a whole host of symptoms, including irritability, estrogen problems, poor immunity and others.

However, more than 50mg of zinc supplemented daily can lead to a copper deficiency which is a serious condition – the problem is, we don’t know how much zinc there is in Amberen!

So all in all? Amberen’s ingredient profile is a big disappointment! A few ingredients are decent for menopausal symptoms, but they may or may not work. We can’t tell since the ingredient doses are hidden.

This is a plant-based ingredient that’s traditionally been used in the Chinese medicine for diarrhea and nausea. Estroven manufacturers say it can relieve all major menopause symptoms. That’s a very bold claim if we’re being honest.

We’re yet to see a natural ingredient that can do all the heavy lifting on its own. So, is Rhapontic Rhubarb Root Extract (ERr 731®) the one?

According to the scientific evidence, it could be, but it’s not very strong.

The bulk of the studies show this while this ingredient is safe, it may only modestly help with hot flashes. For some women it doesn’t work at all. (see the study paper here: https://www.ncbi.nlm.nih.gov/pmc/articles/PMC2837008/)

And if you look at WebMD, they say that there’s “no good scientific evidence” to support Rhubarb’s uses.

So there goes that!

The bottom line on Amberen vs Estroven ingredient profiles? Neither looks great.. Estroven is more natural, but it’s weaker – it can’t do half of the things its claims to do. Amberen, on the other hand, is synthetic and contains a proprietary blend with unknown ingredient doses. The ingredients themselves do look better than in Estroven, but we wouldn’t recommend either one if you’re serious about improving your menopausal symptoms.

Amberen vs Estroven – Side Effects

Amberen contains unknown amounts of ingredients so that naturally raises the risk of side effects. Zinc, as we said, can cause numerous side effects when supplemented at high doses (especially long-term). Including nausea, stomach pains, and copper malabsorption.

Estroven is definitely a safer choice. Although it’s not very effective at relieving menopausal symptoms, Estroven shouldn’t cause you side effects. That’s because it only has 1 ingredient, and that ingredient has been used in Chinese medicine for a long time and its long-term effects have been shown safe in studies.

One month supply of Amberen will cost you $39.99 plus free shipping in the USA.

Estroven costs $27.99 for a 28-day supply, so it definitely takes a lead in the price department.

However, neither one of these supplements is a good value for money, as they both come with serious flaws that make them ineffective (and potentially unsafe) for helping with menopausal symptoms.

So here’s a short summary of our Amberen vs Estroven comparison.

Which one should you buy?

While Amberen has more ingredients than Estroven (and better-studied ingredients too), we still don’t recommend either one of these supplements if you’re suffering from menopausal symptoms.

Why? Because Amberen’s manufacturers aren’t transparent, they’re using a proprietary blend which prevents you from seeing how much of each ingredient is on the label. The ingredients could be underdosed, or dosed too high, with no way of knowing.

Amberen is also not 100% natural, while Estroven is. But that barely makes any difference since Estroven’s ingredient lacks serious amounts of evidence to confirm it can help you reduce menopausal symptoms. Plus, Estroven only uses one ingredient – we’ll need to see more proven female vitality herbs and vitamins before we can rate it as a good choice!

For more female vitality supplement reviews, you can check our archive here. 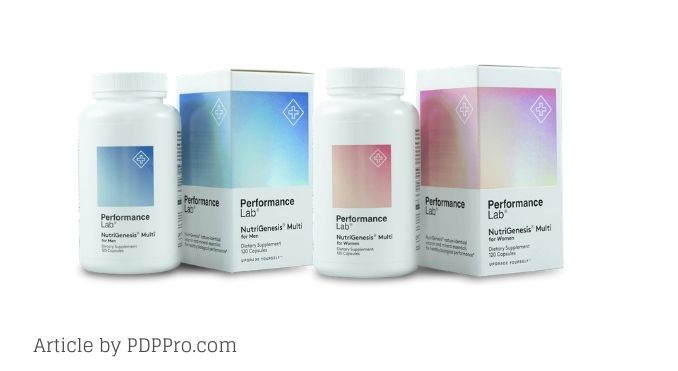 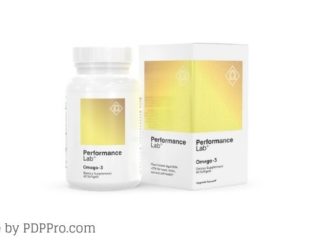 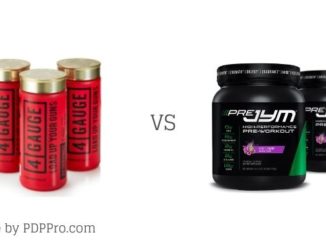 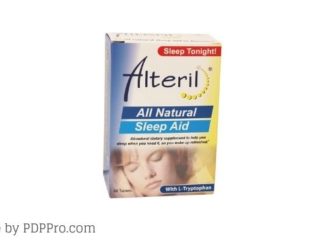 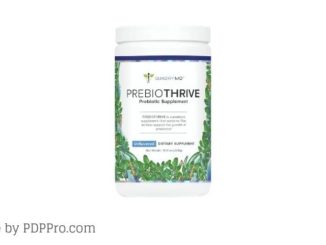